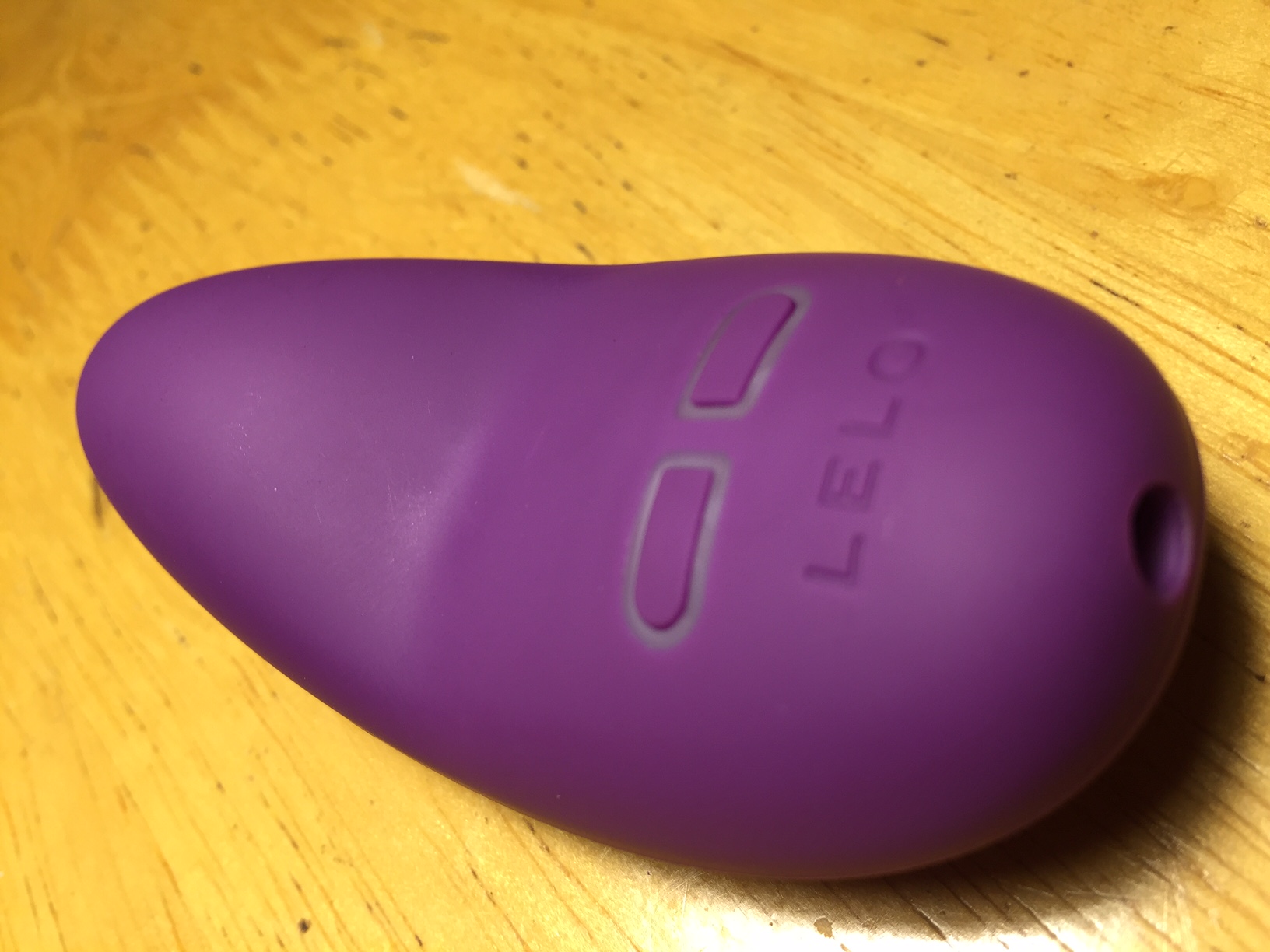 Does the Lily really smell like Bordeaux and chocolate? Kind of, but I would hardly call that a selling point. There are plenty of positives to the Lily 2 to cover. Measuring in at 3.5”x1.5”, the Lily 2 looks like a scaled down version of a laptop mouse. But in that small form factor there are some serious vibrations. I would not say it is as powerful as the much coveted We-Vibe Tango, though it is more powerful than some of the other vibrators we own. In comparison we find the vibrations to be slightly more powerful than our JimmyJane Form 8 and much more so than our PicoBong Moka. Besides the power of the vibrations, I believe that the overall form factor of the Lily 2 is much more comfortable than the Tango, being easier to hold and better shaped to disperse vibrations over a larger area.

Fully waterproof, USB rechargeable, 10 speeds with 8 varying patterns make it wonderful to cover the entire palate of options out there.  These patterns and speeds are controlled via two small buttons on the face of the toy. The right button is used for turning the toy on as well as increasing the speed and intensity of the vibrations, and the left to turn down the vibrations as well as turn the toy off.

Although we are not fans of having too many vibration patterns to scroll , the Lily 2 has a feature that really makes the options less hindering. When using toys such as the Tango, after cycling through the various speed options you are immediately met with a crazy pattern. When you aren’t sure how many levels of speed are left this can be really annoying to navigate through, leaving you plummeting to random pattern despair instead of the extra power you needed to finish. But with the Lily 2, tapping the right button increases the speed, but once reaching the tenth speed the right button will no longer cycle to a patterned vibration set. Rather you must hold the right button for 1-2 seconds and upon releasing the Lily 2 will move to the next pattern.

The Lily 2 is slightly buzzier when compared to the rumbly nature of the tango, and that is not necessarily a bad thing. There is a certain level of rumble to it, and I think it would be perfect for those that voice that the Tango is a bit much for them. The larger surface area combined with the 10 speed variations make this wonderful for those who are looking to ease into clitoral vibrations. Not only does the Lily 2 look unintimidating, I find it to be very quiet for the power it delivers, paired with the its waterproof capabilities, it is perfect for those who need a little more discretion.

Overall we really enjoyed the Lily 2, it was not ground breaking. Nor it is the toy we reach for most often. But overall it is a wonderful addition to our collection, and a great product. So chocolate smelling gimmick aside, I think Lelo has manufactured a toy that will appeal to many.

The Lelo Lily 2 is made of ABS plastic, which is non-porous, and body safe (BPA and Phthalate free). One of the major benefits to this is there is no dampening of vibrations as they travel amazingly well through the ABS.

Interested in purchasing the Lelo Lily 2? Head over to Lelo and check out the Lily 2 as well as many of their other offerings.