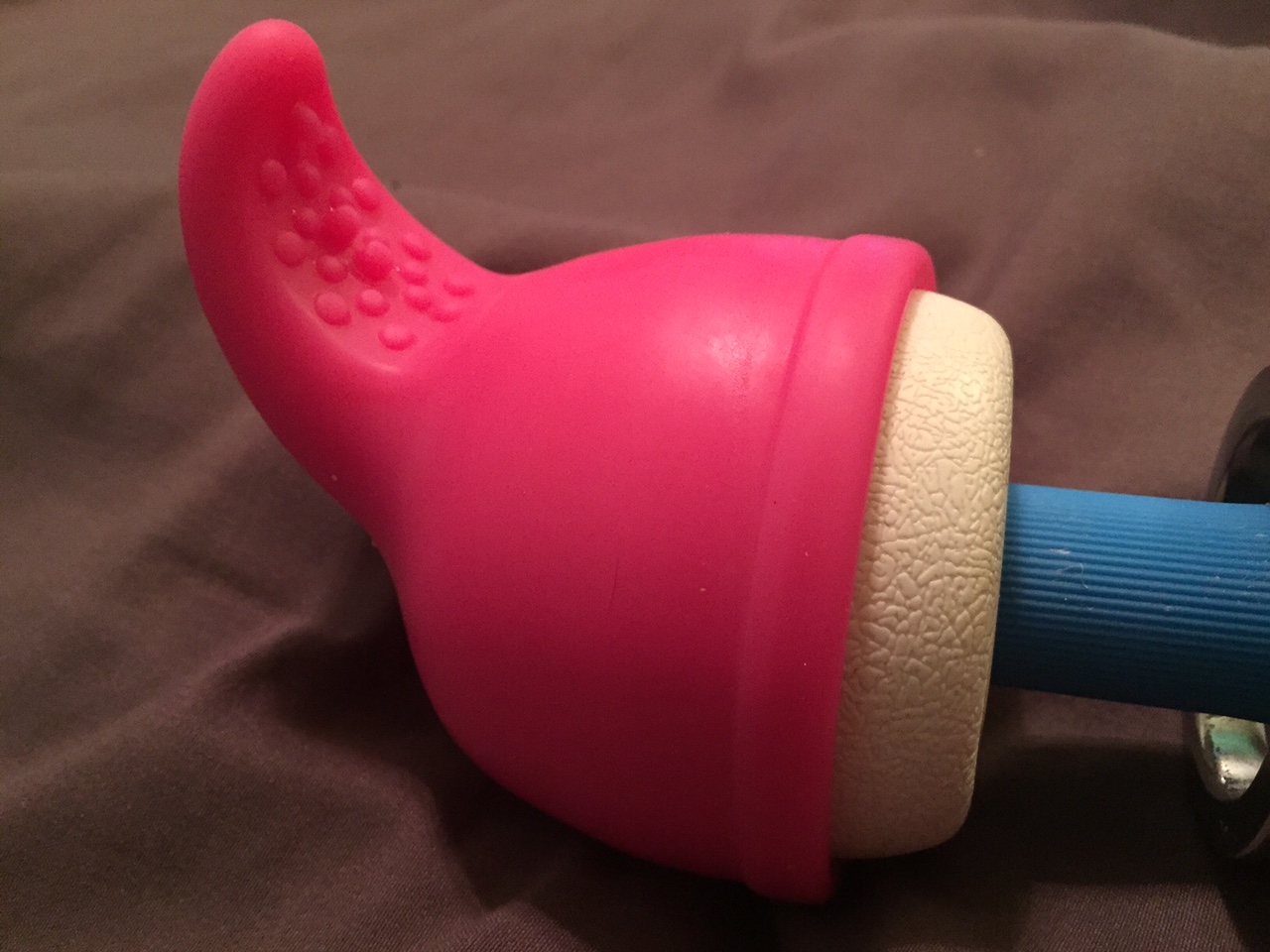 A few weeks ago we reviewed the Original Magic Wand, and now we are going to show you a wonderful attachment that adds versatility to an already great toy. Made of 100% silicone and featuring a small tentacle/tongue shaped tip for pinpointing the powerful vibrations of the wand. Anyone looking for a great body safe attachment for their Wand style vibrators should take a look at the Nuzzle Tip attachment.

The Nuzzle attachment is approximately 7 inches in circumference, made of 100% silicone it does have some room to stretch over the large head of the Magic Wand. We have owned a fair number of wand attachments, and this is one of the few that actually makes the vibrations of the wand feel stronger. With many other attachments the vibrations fail to carry throughout, but that is not the case of with the Nuzzle Tip. Not only does it allow for more pinpoint clitoral stimulation but is also suited for really shallow penetration.

Making one of the best vibrators on the market better seemed like an impossible task. Many attachments that we have tried before this were all rather dull, dimming the vibrations to a miniscule level and leaving Harper frustrated never a good thing. The wand itself is our most used toy together and when we first tried the Nuzzle Tip attachment it brought back the feels of using the wand for the first time all over again. When we first used the wand there is that moment when I first touch it to her clit and she jumps away as if electrocuted. The Nuzzle tip brought moments like those back and that feeling is just as fun now as it was then.

The wand can be overwhelming, fun for forcing orgasm. The Nuzzle Tip improves upon that adding the ability to pinpoint all the power directly to the clitoris with the tip, or to cradle the natural curve of her anatomy, sort of hugging the clitoris along the way. For those times when it seems like she just can’t seem to finish, this attachment always does the trick. We like to think that this adds to more speeds to our Wand, as each speed of the wand is exponentially orgasm inducing.

The Nuzzle Tip attachment is made of 100% silicone. Unlike the head of The Original Magic Wand which is a porous (PVC), the attachment is nonporous. This allows for sterilization and sharing between partners, etc. For more silicone care instructions feel free to check out the Materials Safety Guide.

To purchase the Nuzzle Tip feel free to follow this link: